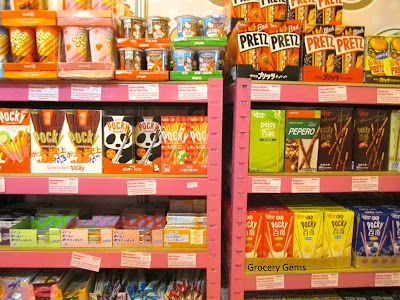 I had a great time at Hyper Japan last weekend, a large event celebrating Japanese culture and food at Earl's Court in London. The above Pocky and snack heaven is courtesy of the fabulous Tofu Cute stand. I bought quite a few things from there but overall I didn't actually spend too much. I was very impressed by the Tofu Cute stall as the prices were reasonable and I was pleased to learn that they also have a UK website. 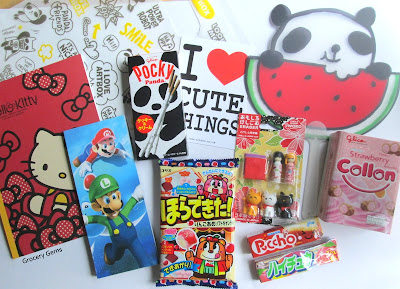 A few note pads, a panda fan, Lucky Cat erasers, and some Japanese sweets are the main bulk of my mini haul! I also bought a few china bowls which I forgot to add to the photo, but I'm sure they will feature in some upcoming reviews. 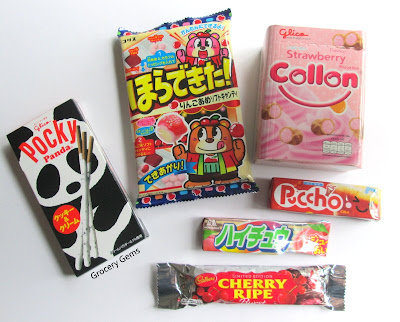 This is quite a small food haul for me, but there wasn't really that much to buy that I haven't already seen elsewhere. I couldn't resist buying the Pocky Panda Cookies & Cream which I've already reviewed. The brightly coloured package in the middle is one of those DIY candy kits by Coris. I found some strawberry Glico Collon, which is something I've always wanted to try purely because of the name! I also bought a tube of peach flavoured Hi-Chew sweets, after the success of the Golden Kiwi variety I tried earlier in the week, and they were just as tasty. The tube of Puccho Cola are fantastic too, they have a fizzy centre and lots of sweet cola flavour. 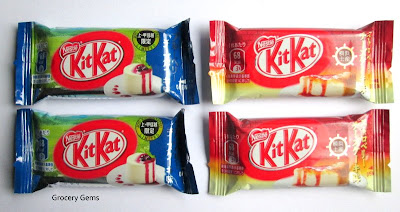 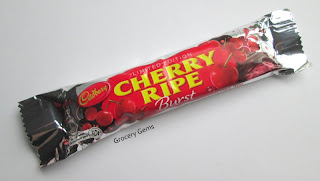 Lastly, there is this Limited Edition Cadbury Cherry Ripe Burst bar which was the only thing I bought from the CyberCandy stall. I was expecting to buy a lot more from them, but unfortunately the prices were much higher than I'm used to from their website and shop, which was very disappointing. I ended up spending more money with Tofu Cute instead. Anyway, I'll be reviewing this Limited Edition Cherry Ripe Burst bar and the Kit Kats very soon. 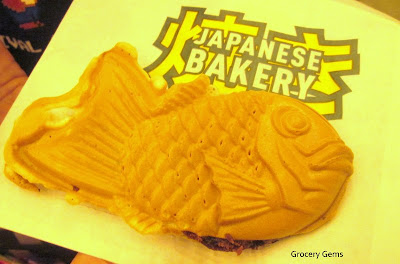 It was worth going to Hyper Japan just to try a traditional Tai-yaki fish shaped cake. I mentioned these before in a review about a strawberry and wafer snack which was based on a Tai-yaki (HERE), however I'd never actually tried the original cake. These were cooked on a shaped griddle, in a similar method to a waffle, and had a sweet red bean paste in the middle. They were freshly made, hot, and absolutely delicious.