These little cakes shaped like teddy bears were first released in France fourteen years ago, where they are known as Ourson. They are now available in the UK and have been renamed Barny. They are available in two varieties; Chocolate or Milk. 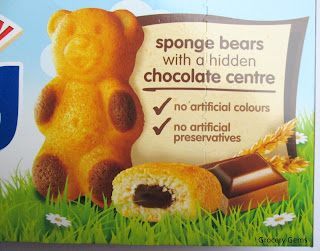 There are five individually wrapped cakes in each box. I bought mine in Tesco, on offer for £1.00. 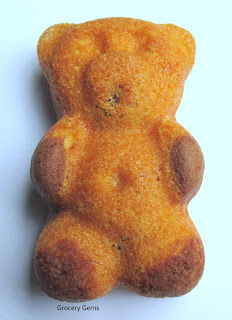 The cakes are very adorable looking with their little belly button and chocolate paws. They are described very simply as "soft sponge cakes with a hidden chocolate filling". 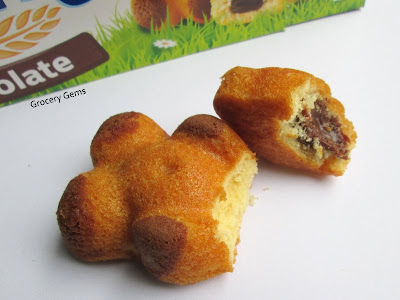 Apologies for the decapitated bear photo above. There was really no nice way to show the inner chocolate filling. These cakes got a general thumbs up from all the taste testers here. The sponge is light and moist, with a good vanilla flavour. It's very similar in texture and taste to those mass produced Madeleine cakes that are quite cheap to buy. The inner chocolate filling, which makes up 30% of the overall cake, is smooth but has a very sweet chocolate flavour. They're fairly small so not very satisfying as a snack for adults, but kids will be sure to love them!