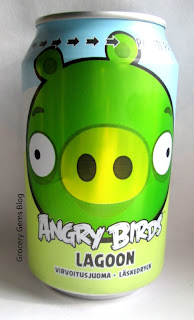 I recently reviewed the Angry Birds Space Comet cola and orange drink and found it to be a very tasty twist on a classic cola. I also bought another drink from the range - this Angry Birds Lagoon. It's not a cola this time, but an apple and pear fizzy drink. Originally made in Finland, these official Angry Birds drinks are available to buy from CyberCandy. 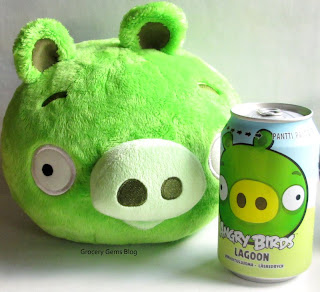 You can probably tell by now that we are a household of gaming fans, and yes, we do seem to have a rather large number of Angry Birds toys! I love the design of these cans; they are bold, fun and appealing, much like the gaming characters they represent. It turns out that the drink inside the can is colourful too, being a bright green shade. 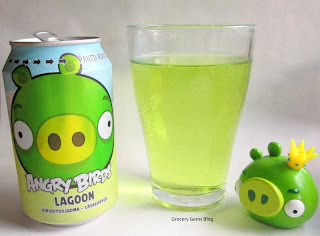 The drink has a lovely taste too, the flavours are very fresh and light. There is a lovely burst of apple flavour at first which is sweetened by the subtle pear aftertaste. There is no sour edge to this drink, as I sometimes find with fizzy apple drinks, just a delicious fruitiness. Overall, this is a very refreshing drink, perfect for keeping hydrated during an epic Angry Birds playing session (is that just me?), and I will certainly be trying even more from this Angry Birds range.