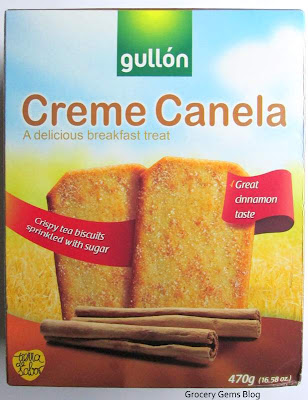 I love cinnamon so these biscuits were obviously a no-brainer purchase for me. However, I also have a little bit of background history with these biscuits. A few years ago, on a trip to Portugal, I bought these Gullón Creme Canela biscuits and loved them so much I brought back 3 boxes in my luggage! Fast forward to a few months ago and I was delighted to see the Gullón range of biscuits in a local discount store (and costing a lot less than I had paid in Portugal!). 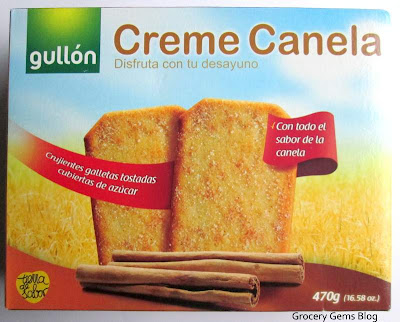 One side of the box is all printed in English (top photo), but if you turn the box around and flip it on it's side you can see it's all in Spanish. The Gullón brand encompasses an extensive range of biscuits and originates in Spain (giving me a new country in my Around the World in 80 Snacks challenge!). It also happens to be the leading producer of biscuits and crackers in that country. 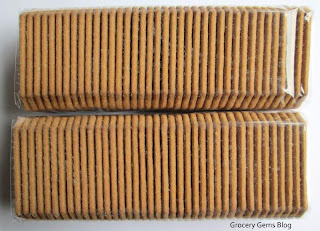 Inside the box there are lots of thin biscuits in two separately sealed packs. It's a very generous amount of biscuits for the price and one box should last quite a long time! 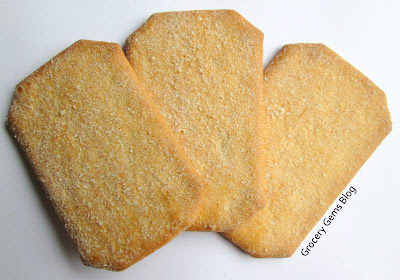 The biscuits themselves are quite basic but still extremely tasty, especially if you love cinnamon. They're the kind of simple biscuit that is the perfect accompaniment to a cup of hot drink. The texture is a bit like Rich Tea biscuits but with a more buttery flavour and much sweeter too. They are completely covered in a delicious cinnamon sugar coating. It's not a crunchy granulated coating, the sugar has been finely ground to a delicate powder, and blended with cinnamon to give it a full on spicy sweetness. 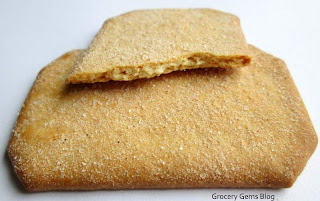 It says on the box that these are a "delicious breakfast treat", so maybe they are a Spanish take on the ubiquitous breakfast biscuits! I haven't tried them for breakfast myself but I can confirm that they're delicious with a cup of tea or coffee at any other time of day.

I've also tried other biscuits (or galletas) from the Gullón range and they've all been delicious. They have the classic Maria biscuits, large vanilla filled biscuits called Mega Duo and even a great version of Oreo biscuits called O2 Choco which I will feature in an upcoming review.

Email ThisBlogThis!Share to TwitterShare to FacebookShare to Pinterest
Labels: Around the World, Biscuits, Cinnamon, International