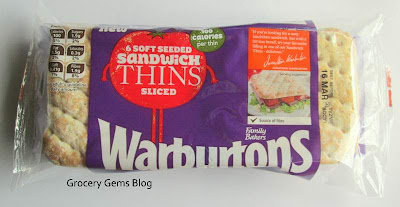 These Sandwich Thins from Warburtons have been around for a little while. They're great for anyone who's looking to for a healthier sandwich option as they have only 100 calories per thin, much less than most types of bread or rolls. There are three varieties available; white Sandwich Thins, Soft Brown Sandwich Thins and Seeded Sandwich Thins. 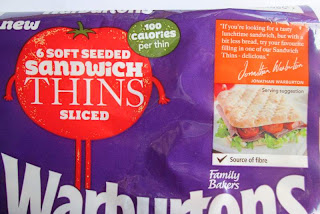 I was a bit sceptical about these, I didn't think they would be very filling and quite frankly I'd rather just have the bread. However, they turned out to be very tasty and a lovely alternative to the usual sandwich. 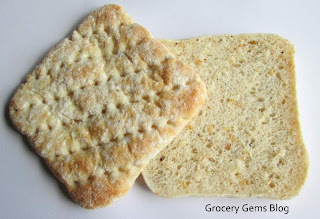 The Soft Seeded variety are not too packed with "bits", or too crunchy, which is good for me as I don't particularly like bread that has too many seeds. They are essentially very thin slices of bread (as the name suggests!) but I still found them very filling as a sandwich, especially when bulked out with lots of veggies like tomato and lettuce. 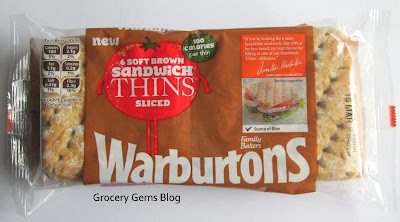 I also tried the Soft Brown Sandwich thins which were very similar but obviously have a more wholemeal flavour. There are 6 Sandwich Thins in each pack and they all have the same square shape and dusting of flour on top. They are also, thankfully, pre-sliced - I imagine it would be virtually impossible to slice a bread this thin at home! 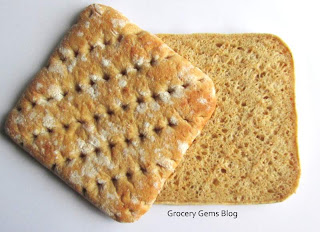 So far I've used them for lunchtime sandwiches and alongside a bowl of soup in the evening, instead of a bread roll. Even though I won't be giving up bread anytime soon, I will certainly be buying these versatile sandwich thins again in the future.