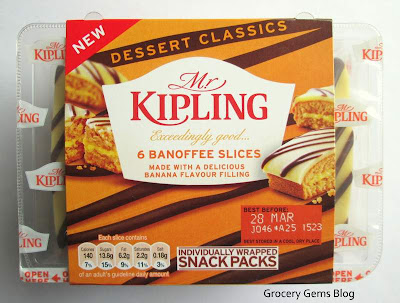 Mr. Kipling is the number one selling cake brand in the UK and it's not hard to see why, they keep the brand innovative by launching lots of new varieties. Even though I'm not a fan of their pies, it's hard to resist a Mr. Kipling cake slice (especially the lemon ones!), and seeing as I love banoffee as a flavour, I had to give these new Mr. Kipling Banoffee Slices a review. 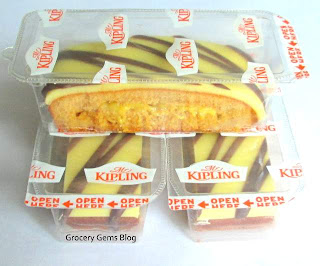 The cakes come in individually wrapped snack packs, something that is obviously very handy if you don't fancy eating all six in one go! 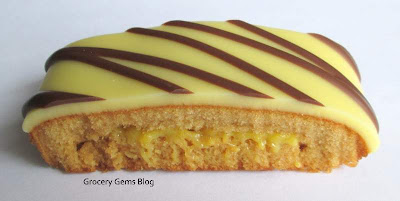 The Mr. Kipling cake slice is essentially a small rectangular sponge cake, with a thin cream layer, all topped off with a thick layer of icing. This banoffee version has a nice yellow and brown colouring that compliments the flavours within. The cake is described as a "toffee flavour sponge with a banana flavour filling". 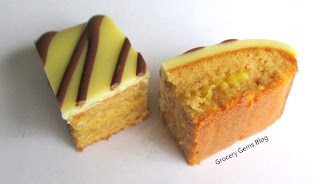 These cake slices are much smaller than I remember, there's probably a maximum of three or four bites per slice. I had mine with a cup of coffee and to be honest it was hard not to go for a second slice. The banoffee flavour in these has more emphasis on the toffee part of the word "banoffee" rather than the banana. There is an appetising toffee flavour in the sponge and also in the icing, with a subtle banana flavour coming from the inner filling. I would have preferred a stronger banana flavour but overall the flavours work well together to make a super sweet treat.